Today, I am going to provide you the full list of the top 6 national security services in Ghana and a little history about them. I will be showing you how and where to apply if you want to join any of the services listed below.

Being one of the fastest-growing countries in sub-Sahara Africa, the Ghana government recruits tens of thousands of qualified persons each year to train and equip them to become security personnel that works hard to protect the citizens and the country. There are 6 top security services that work tirelessly to hold tight the security of the nation.

In the pre-colonial era, before the existence of the Fire Service, fires were controlled by Traditional rulers, using the Asafo Companies (Traditional Soldiers) to fight all kinds of fires in their communities and localities. It was not until 1955 before the colonial government found the need to reorganize the various Asafo Companies into vibrant groups to tackle both domestic and bushfires as there were only a few industries. With the restructuring of the political administration of the Gold Coast into a Local Government concept, a lot of the members of the Asafo Companies opted to become employees of the Local Government Institutions in the Country.

The Ghana Immigration Service started as the Immigration and Passport Unit of the Gold Coast Colonial Police Force under the command of Mr. Nevile C. Hill.

On attainment of independence in 1957, the rapid expansion of the economy coupled with Ghana’s role as a trailblazer in the African liberation struggle led to the country being swamped with foreign businessmen, tourists and African aliens. To control this influx, a Cabinet decision in 1960 transferred the Immigration Unit to the Ministry of the Interior as a separate department, while the Ministry of Foreign Affairs took over the issuing of passports. These measures were taken to enhance service delivery. Three (3) years later, the aliens Act 1963, Act 160 was enacted to give legal backing to immigration operations.

In November 1989, by PNDC Law 226, the Immigration Department was converted into a Paramilitary Service.

Established under PNDC Law 226 in 1989, the Ghana Immigration Service remains the sole institution with the statutory mandate to regulate and monitor the entry, residence, employment, and exit of foreigners in the country. The passage of the Immigration Act 2000, Act 573 expanded the functions and roles of the Service. Prominent among these are the Indefinite Residence and Right of Abode facilities.

The Ghana Police Service (GPS) is the main law enforcement agency of Ghana. The service is under the control of the Ghanaian Ministry of the Interior and employs over 30,000 officers across its 651 stations.

Professional policing was introduced by the British Colonial Authorities to the Gold Coast now the Republic of Ghana in 1821. Prior to that, policing or maintenance of law and order was organized by the traditional authorities such as the local headsmen and chiefs, who employed unpaid messengers to carry out the executive and judicial functions in their respective communities.

In 1894, the Institution of Police was formalized with the passing of the Police Ordinance which gave legal authority for the formation of a Civil Police Force now the Ghana Police Service

Professional policing was introduced by the British Colonial Authorities to the Gold Coast now the Republic of Ghana in 1821. Prior to that, policing or maintenance of law and order was organized by the traditional authorities such as the local headsmen and chiefs, who employed unpaid messengers to carry out the executive and judicial functions in their respective communities.  In 1894, the Institution of Police was formalized with the passing of the Police Ordinance which gave legal authority for the formation of a civil police force.

In 1902 the force was split into General, Escort, Mines, and Railway Police, which was legalized by the Police [Amendment] Ordinance of 1904.

The Marine Police was formed in 1916 but disbanded in 1942 and replaced by Customs Excise and Preventive Service.  The Criminal Investigation Department [CID] was formed in 1921 with the finger print section fully operational in 1922. In 1948, the Police Reserves Unit was formed to combat riotous mobs, following the 1948 riots in the country. The wireless and Communications Unit was formed in 1950 with the formal opening of the Police Information Room in Accra by the then Governor of the Gold Coast, Sir Charles Noble Arden Clark, in June 1950.

By 1952, a large number of Africans were enlisted into the Police Force as junior officers.  The women branch of the service was then established, to be responsible for Juvenile crimes and offences committed by women.  In 1958, the first Ghanaian Police Commissioner, Mr. E. R. T. Madjitey was appointed to head the service.

The Ghana Armed Forces (GAF) is the unified armed force of Ghana, consisting of the Army (GA), Navy (GN), and Ghana Air Force.

The Commander-in-Chief of the Ghana Armed Forces is the President of Ghana, who is also the supreme military commander of the Border Guard Unit (BGU). The Armed Forces are managed by the Minister of Defence and the Chief of Defence Staff.

In 1879 the Gold Coast Constabulary was established from personnel of the Hausa Constabulary of Southern Nigeria, to perform internal security and police duties in the British colony of the Gold Coast. In this guise, the regiment earned its first battle honour as part of the Ashanti campaign.

GAF War Flag of the Ghana Regiment during the Burma Campaign in the South-East Asian Theatre of World War II.
The Gold Coast Constabulary was renamed in 1901 as the Gold Coast Regiment, following the foundation of the West African Frontier Force, under the direction of the Colonial Office of the British Government. The regiment raised a total of five battalions for service during the First World War, all of which served during the East Africa campaign.

During the Second World War, the regiment raised nine battalions and saw action in Kenya’s Northern Frontier District, Italian Somaliland, Abyssinia, and Burma as part of the 2nd (West Africa) Infantry Brigade. Gold Coast soldiers returning from the Far East carried different perspectives from when they had departed.

The penal system in the Gold Coast started in an irregular manner from the early 1800s when the administration of the Forts on the coast was in the hands of a committee of merchants under the chairmanship of Captain George Maclean, who exercised criminal jurisdiction not only in the Forts but also outside them. By 1841, a form of prison had been established in the Cape Coast Castle where debtors, possibly, were incarcerated. By 1850, there were prisons in four Forts, holding a total of 129 prisoners who were kept in chains.

From 1875, when the Gold Coast was formally created as a colony, British criminal jurisdiction was gradually extended to the entire southern part of present-day Ghana and in 1876, the Gold Coast Prison Ordinance, modeled on the English Prisons Act of 1865, was introduced. The caretaker functions of the early prisons which consisted of mere rules for the safe-keeping of prisoners were established in the 1880 Prisons Ordinance.

On 1st January 1964, the Prisons Department became autonomous and ceased to be part of the Civil Service and renamed Ghana Prisons Service. The Ghana Prisons Service is tasked with the safe custody of convicted persons from the courts as well as the provision of reformation and rehabilitation programmes for their successful resettlement into society. Our cherished values are humanity, vigilance, and fortitude.

The Service comprises forty-five (45) Prison Establishments located in all the ten regions of Ghana. At the apex is the Prisons Headquarters in Accra which also houses the offices of the Director-General of Prisons and his two deputies, five Directors of Prisons, and other principal office holders.

The Headquarters is the administrative nerve centre of the Service where prison policies are formulated for effective management of all prison establishments in Ghana. In addition, there are seven (7) Central Prisons, seven (7) Female Prisons, fourteen (14) Local Prisons, one Medium Security Prison at Nsawam, one Contagious Disease Prison (CDP) at Ankaful, and nine (9) Agricultural Settlement Camp prisons. A new Maximum Security prison has been opened at Ankaful in the Central Region.

In addition to these prisons are the Prisons Officers Training School (POTS) in Accra with the sole objective of catering for the internal training and human resource development of prison officers and the Accra Senior Correctional Centre (formerly called Ghana Borstal Institution) for the moral training and proper socio-religious development of juvenile offenders.

The service was established in 1839 and was under the jurisdiction of the Civil Service Department of Ghana. In 1986, the Flight Lieutenant Rawlings government made the service autonomous backed by the PNDC Law 144. The law was replaced in 1993 by the PNDC Law 330.

The Customs Division is responsible for the collection of Import Duty, Import VAT, Export Duty, Petroleum Tax, Import Excise, and other taxes, levies, and fees.

The Customs Division also ensures the protection of revenue by preventing smuggling. This is done by physically patrolling the borders and other strategic points, examination of goods, and search of premises, as well as scrutinizing documents relating to the goods. As a frontline institution at the country’s borders, Customs Division also plays a key role in surmounting external aggression and maintaining the territorial integrity of Ghana. Customs Division is part of the country’s security network.

In addition to these functions, Customs Division performs agency duties on behalf of other government organizations and Ministries by seeing to the enforcement of laws on import and export restrictions and prohibitions.

These are the top 6 main  National Security Services in Ghana. Their application processes have changes from time to time and as such, we have taken our time to write a comprehensive guide on how to apply for any of the security services above, their requirements, and their online portals. 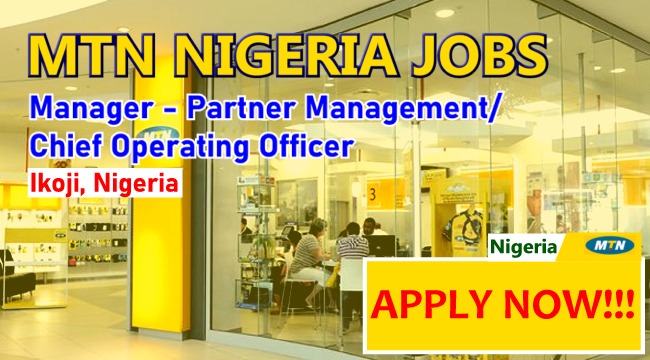 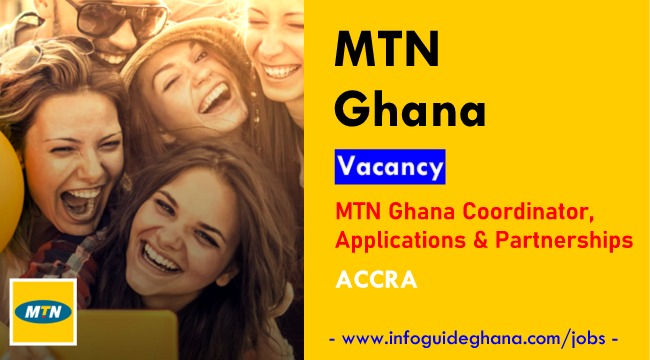 How to Find Jobs on LinkedIn [The Best Way]